This weekend Thame Squash Club hosted a four way tournament between the local Oxfordshire Junior Squash teams of Abingdon, Henley, Oxford and Thame. Each team had 5 players and the Henley team was represented by (from left to right in the photo) Tom Lynskey, Luca Babb, Miles Edwards, Art Lawton and Jack Lynskey. The Invesco Perpetual sponsored team started the tournament strongly with a 4-1 victory over Thame, only losing 4 games. In the second match Henley again won 4-1 over Abingdon and managed to drop only 2 games. This left an exciting finale against Oxford and the Henley boys played exceptionally well as a team and ran out winners 5-0 without dropping a single game. At the end of the tournament Henley Juniors were crowned champions ahead of the host team as runners up.

The event was extremely well organised and run by Will John, a former professional world ranking squash player, at the Racquets Fitness Centre and we hope to organise further fixtures with our local rivals again soon. Henley Junior Squash Club is based at Henley Leisure Centre on Gillotts Lane and welcomes all new members with a range of activities and events throughout the year. 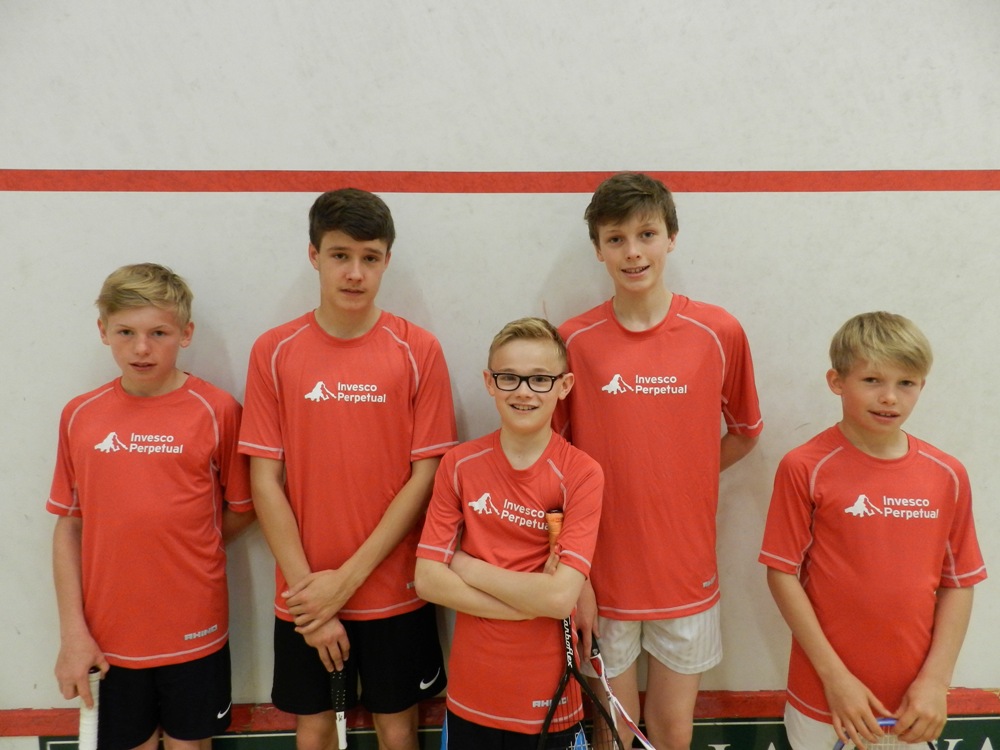