Another Big Win for Jill

Jill Campion, who lives in Bix and plays squash at Henley Squash Club, which is based at Gillots Leisure Centre, last weekend won the British Open over 60s squash tournament, the third consecutive time she has won this tournament in this age group. This win comes shortly after her win in the National Championships in February and in last year’s British Open, which means that she has won her age group in all the major tournaments this season.

The British Open is one of the most prestigious tournaments in international squash. The masters event took place in the the Allam Sports Centre in Hull, running alongside the main event in which the top players in the world compete. Speaking after her victory Campion said; “This has been a very good season for me. Having won the two other major tournaments I was very keen to make a clean sweep of this season’s majors. It is great to be playing in the same venue as the pros, and I find watching the best players in the world truly inspiring – not that I could be or ever have been close to their standard though!”

Campion had a bye in to the semi-final in which, with her typical style of focused and accurate squash, she was too strong and quick for Iris Hoefling of Germany, who she beat 3-0. IN the final she faced Lesley Sturgess, who she had beaten in one British Open and two British National finals, each time 3-2. This one proved to be another tough match. “Lesley is a highly experienced player who reads the game well and has excellent racket skills. As has recently been the case in our matches, Lesley won the first game, keeping the rallies short with tight, accurate shots. I started getting in to my stride in the second and managed to level the match at one game all. Lesley slowed the game down and went ahead in the third, but I clawed my way back, finally losing it closely, 10/12. I could see that this long game had taken its toll physically on Lesley and so I played a game that combined fast-paced drives with slower deceptive shorts to win the last two games. I was thrilled, and very relieved, to secure another British Open age group title, my fifth in all.” 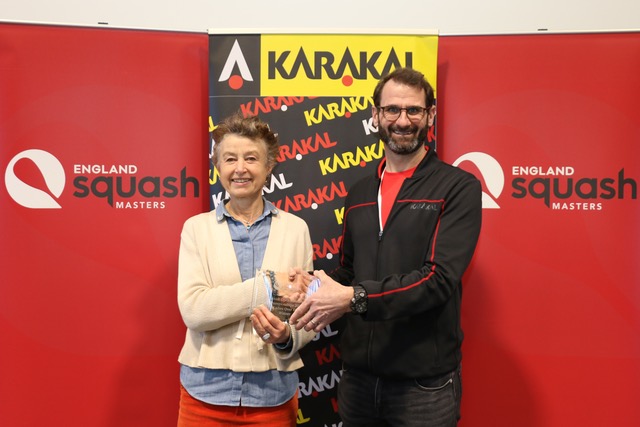 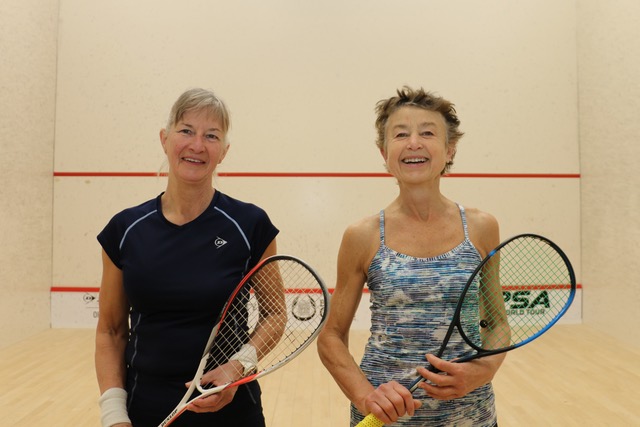